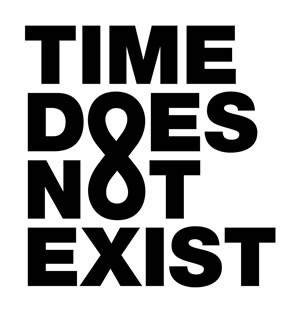 Needless to say, that started me thinking about time-traveling, which then led me to the second such idea I encountered. This was my introduction to the idea of being inexplicably transported back in time, to some former era. I had in my possession, a "Complete Novels of Mark Twain" book collection, which included A Connecticut Yankee in King Arthur's Court. This book took right off on the subject, where in the very first page, a new set of terms were presented for my edification, i.e., transmigration of souls, transposition of epochs--and bodies.

Please note, my attitude was not just being curious about what might be possible if one could arrange circumstances such that time-travel could become possible, but also a desire to take advantage of the situation, much as Hank did back at King Arthur's court. I wasn't above doing some dreaming about how much fun it would be, to be the local equivalent of Merlin, just because of an avid background interest in science and chemistry. So I set about acquiring as much information as I could get about the subject of time travel.

Soon after this, a copy of H.G. Well's Time Machine was in my hands, and I began to learn a lot more about the risks that were incurred when someone was traveling via a temporal transference technique. One thing became apparent, and this was that time travel wasn't a very safe thing to do. But I really got the jitters as I slowly realized how much more universal the implications could be. This became an outright fear about the inherent danger of the whole time travel topic, as I read about what could happen in A Sound of Thunder by Ray Bradbury. Of what could happen to Time, and to History. It was all so mysterious, and now also, quite a bit scary. Such a small thing could change so much. Which started to make even more sense when I heard about this same sort of thinking, expressed as another new concept.

It was called a paradox. The so-called universal paradox. The idea being that if someone were to travel back in time and somehow kill his ancestors, that someone would eliminate the possibility of his or her own existence in the present, and thereby not be able to perform the jump in time to begin with. This killed my hopes for being able to travel back in time for a while, but it wasn't long before I found other ideas that added some depth and scope to the ideas at the foundation of time travel itself. By learning about this, I gained even more perspective.

Part II: From Paradox to Hyperspace

"Now he has departed from this strange world a little ahead of me. That means nothing. People like us, who believe in physics, know that the distinction between past, present, and future is only a stubbornly persistent illusion." - Albert Einstein

It seemed that others before me had thought through some of this, and they also had a few notions that went beyond the scientific validity of great thinkers like Galileo and Newton. Specifically, by this time I had already learned a bit about what Albert Einstein thought about time, in his general and special Theories of Relativity. Apparently, it was indeed possible to travel into the future, if you left behind your original reference point, and traveled away from there at speeds approaching the speed of light, in which case, time would slow down for you in a relative way. But the time back home would continue to advance at the original pace, and the left-behind world would grow older at a much faster rate than you would. And so, if you then returned back to your point of origin, everything would be much, much older than you now were. Thanks to Einstein, I had a model to go by. Time travel? Yes, sort of, but only in the forward direction. Time travel to the past just didn't have a workable method like that. Or so I had been informed.

And although the consensus was that physical time travel to the past wasn't possible, I wanted to know much more about the reasons why. That's when I started getting into real serious research. I wanted to know if anyone had answers to questions like what is time? Or, is time even real at all? Surely, there had to be information about how everything began, or how it would all end. I even wanted to know about eternity. I was intent on seeking details that were a little more comprehensive than those that had been offered so far.

So by adding all of the above together, I arrived at the time in my life where I was learning about causality. At a point where space-time geometry, and the laws of physics all added up to certain things, which were supported by theories, which could then be speculated upon. But without knowing if the universe was causal or acausal, the answers still weren't forthcoming. Was time travel only a myth? Or was it just a matter of time before we found out?

Science Fiction had some answers in the form of distortions of normal time and space, such as the prototypical "warp" or bending and folding of space-time. We had hyperspace and warp drives, and we also had Dr. Who, along with various other stories that were intentionally lending credibility to what might be possible if we were to employ what might be termed as higher dimensions. But there was one concept that begged for further examination by everyone who professed interest in the subject. And this was known as a worm-hole.

It seemed that Einstein's ideas had been leading us in the direction of further explorations of the topology of our Universe. In the analogy used in Madeleine L'Engle's A Wrinkle in Time, I learned about how a three dimensional cube could be built into a four dimensional hypercube, also known as a tesseract. But that was very difficult to visualize at the time. It was much better to visualize this from the viewpoint of the wormhole. Was it going to be possible to open a tunnel that connects distant regions of space-time as though they were next door? Physicists thought about this in the way that a worm eats from one side of a curved apple to the opposite side. A tunnel through time. A wormhole that could allow travel to a different time. Into the past, or whenever.

Part III: We Were Just In Time

"...mere trifles like negative energy... should not deter any mathematical physicist worthy of his salt." -Arthur C. Clarke

In the late 80s, I learned that a physicist at Caltech, Kip Thorne, along with several colleagues, had suggested that you could use a wormhole to time-travel into the past. Here's how you would do it: Move one end of the wormhole through space, returning it to its original position, with the opposite end fixed in place. By jumping into the moving end, which ages less, you would connect back to an earlier time on the fixed end. When you come out of the fixed end an instant later, you'd emerge into your own past. All very workable in theory, except for one small problem. Keeping a wormhole open for more than a fraction of a second is extraordinarily difficult. So difficult that the only way to keep them open (in theory), is with matter that has a negative density, e.g. something that weighs less than nothing at all.

Although this mind-bending and wormhole-bending trick sounds impossible, there appears to be a way to create a region of negative density in between two plates of electrically conducting material, which was originally theorized about as a force by physicist Hendrik Casimir, then eventually named the Casimir effect. Having been verified in the laboratory, it appears to be able to support a microscopic wormhole for an arbitrarily long period of time. Long enough that a wormhole could act in the above described manner. 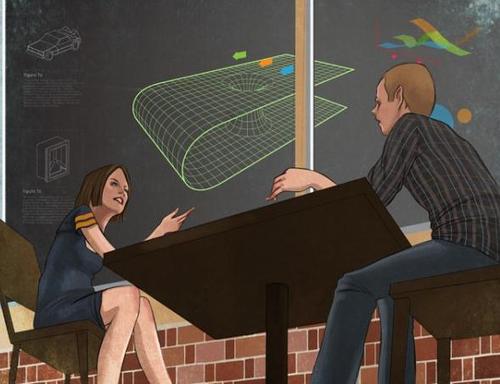 At this point in history, the questions about where the universe comes from, how and why it began, and will it come to an end, and if so, how, are mostly topics that remain in the realm of theoretical physics. The ongoing research has yet to conclusively bring us answers, and certain topics such as the nature of time, gravity, the Big Bang, black holes, and the search for the grand unifying theory (T.O.E.), are being discussed and thought about by more people than ever before, thanks to those who are so adept at non-technical jargon, such as Carl Sagan, Stephen Hawking, Brian Greene, and Michio Kaku, to name a few of my personal favorites.

However, we may be right around the corner to discovering a whole new world of possibility. There are many questions, but also some possible answers for ways that a Time Machine could be built. And make it all too easy to travel through time.

We won't know until we get there I suppose.

"Somewhere, something incredible is waiting to be known." -Carl Sagan