Back in the Renaissance, the Italians used a term, "terriblisma," to describe the strange mixture of fear and excitement they felt when they were observing catastrophes that were on the scale of all so-called act of God disasters. Apparently, our modern culture has a more contemporary version of this emotionally complex sense of fascination with all things Dystopic.

Science fiction uses the popular subgenre of post-apocalyptic fiction, to portray scenarios of doom which imply what kind of struggles humanity might face in the smoking aftermath of nuclear hellfire or hurtling asteroids, or what might be encountered admidst the ruins of civilization after epidemics, mass starvation, or alien invasion. 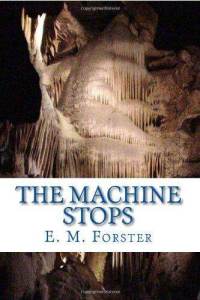 Much of these works were influential to some degree, whether they were an influence to later authors or set the stage for the wider subject matter of the science fiction genre in general. Certain stories from this era are considered to be true classics of the genre, and some of the best of these were The Time Machine (H.G. Wells, 1895), War of the Worlds (H.G. Wells, 1898), The Shape of Things to Come (H.G. Wells, 1933), Last and First Men (Olaf Stapledon, 1930), When Worlds Collide (Edwin Balmer and Philip Wylie, 1933), Brave New World (Aldous Huxley, 1932) and Nineteen Eighty-Four (George Orwell, 1949).

In the same vein, science fiction that considers what possible effects there would be if global cataclysm occured, were a main theme in much of the second half of the twentieth century. These include best-sellers and award winners like Lucifer’s Hammer (Larry Niven & Jerry Pournelle), On The Beach (Nevil Shute), Earth Abides (George R. Stewart), A Canticle For Leibowitz (Walter M. Miller, Jr.), The Postman (David Brin), Eternity Road (Jack McDevitt), The Wild Shore (Kim Stanley Robinson), I Am Legend (Richard Matheson), and Planet Of The Apes (Pierre Boulle). The continuing popularity of this type of literature has supported new versions and retelling of many of these stories, which have been made into films and TV shows. 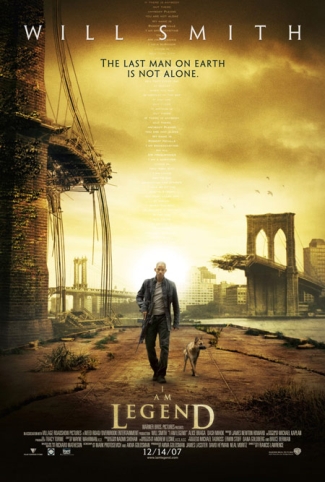 We all have fears that something really bad is going to happen if we don't do something about it, so we seem to use science fiction to see a window into the devastated future, then hope to enjoy the prospects of being smart enough as a life form, to survive these implied threats.

The thing that gets me about post-Apocalyptic/dystopian future novels is that they all seem rather depressing and hopeless, at least on the surface.

But if we dig deep down and delve around in our fears, we come to understand that in a world beset by some of the most frightening problems that we've ever had to deal with, from economic turmoil and the loss of privacy, to the extremes of climate change and ecocatastrophe, and the awful implications of things like terrorism, war, or the loss of free will due to thought control, we really have a need for our phoenix to rise from the ashes and to bring back hope to a world on the brink of darkness. Here's hoping that, Omega themes in our culture notwithstanding, we will come away from all of this, and evolve to as yet undreamed of heights as a form of life that eschews Dystopia.